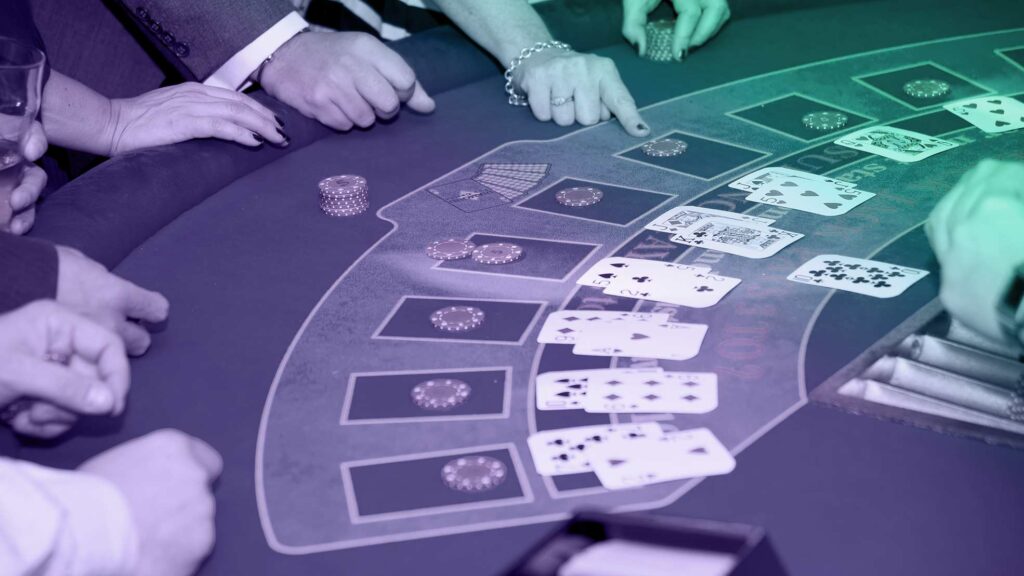 May 15, 2022 — While more than 30 states have legalized some form of the booming sports gambling market, California—the potential crown jewel of state sports wagering—has yet to get in the game. That may change this fall when Californians head to the voting booth and are presented with multiple ballot initiatives that would legalize some form of sports betting. For companies and investors alike, the stakes are high. Depending on what voters choose, mobile sports wagering firms like DraftKings or FanDuel might have access to a new betting market worth billions in annual revenue. Or they may be forced to wait an additional two years for another crack at opening the California market.

Sports gambling legalization has been left up to the states since the Supreme Court’s landmark Murphy v National Collegiate Athletic Association (NCAA) case in 2018. In that case, the US Supreme Court struck down the Professional and Amateur Sports Protection Act (PASPA), which defined the legal status of sports betting in the US and opened the door for states to adopt their own sports gambling regulatory frameworks. Capstone believes sports betting legalization will continue its relentless march forward in 2022. In California, only a constitutional amendment can expand legalized betting options – and Californians voted in favor of expanded gambling in 1984 to create a state lottery and in 1998 and 2000 to allow Native American tribes to open casinos.

Last fall and this spring, Native American tribes, casino and mobile sports betting operators, and California card rooms furiously collected signatures for competing sports gambling initiatives. Now, as the state’s ballot initiative certification deadline looms, two of the proposed initiatives have failed, and two are headed to the November ballot, where Californians will once again be presented with an opportunity to expand gambling. But, rather than having a choice to simply legalize sports betting, voters will be presented with sports wagering initiatives that would create significantly different sports betting regimes. The first initiative—backed by a coalition of Native American gaming tribes and officially certified for the ballot— will present voters with a choice to legalize retail only, or in-person sports betting at tribal-run casinos. The other initiative, backed by mobile sportsbook operators, would legalize mobile sports betting across the state but does not mention retail betting. Mobile operators would offer online wagering in partnership with one of the state’s Native American gaming tribes. That initiative has not yet qualified for the ballot. Still, initiative organizers have reportedly turned in more than 1.6 million signatures to state officials supporting the measure– far in excess of the 997,139 signatures needed to qualify.

The stakes for legalized mobile sports wagering are high for operators like DraftKings, FanDuel, Penn, BetMGM, Wynn, Bally’s, and Caesars. California is easily the most populous state in the country, and estimates suggest that Californians could wager more than $30 billion annually on sports resulting in sportsbook revenues between $2-3 billion. For a company like DraftKings, which has captured an estimated 24% of online gross gaming revenue in the United States, the opportunity in California is a potential goldmine. Assuming DraftKings replicates its national mobile market share in California, it could generate more than $500 million in annual revenue in California alone. That potential annual revenue windfall would represent more than a quarter of the DraftKings FY 2022 revenue guidance.

Given the revenue potential, Bally’s, Bet MGM, DraftKings, FanDuel, Wynn, Penn National, and Fanatics Betting & Gaming pledged $100 million to gather signatures and orchestrate a campaign to support the initiative. They are also hoping to appeal to voters by promising that 85% of the tax revenue from mobile sports betting – taxed at 10% – be dedicated to initiatives aimed at combatting homelessness and improving mental health. The ballot initiative, though it primarily spells out a legalization regime for sports betting, is charitably titled the “California Solutions to Homelessness and Mental Health Support Act.”

Advertisements opposing the operator initiative, paid for by California’s gaming tribes, have already hit the airwaves. Their opposition effort is only expected to intensify as we get closer to election day. Arguments against the operator-backed proposal, thus far, center on the perceived anti-competitive nature of the initiative’s licensing regime and the idea that voters would be violating a promise they made to the tribes in 2000 when they granted them gaming rights in the state. The operator-backed proposal would require mobile operators to pay a $100 million licensing fee and prove that they have established a mobile betting presence in at least ten states. Critics of the proposal note that the licensing fee and requirements related to existing operations essentially eliminate the possibility of start-up competitors.

There is also some potential, however unlikely, that both the online and retail-only sports betting initiatives garner more than 50% of the vote and are approved by voters. In theory, if competing initiatives both pass, the initiative that receives the most affirmative votes becomes law. Backers of the online initiative, however, insist that both initiatives can co-exist – that online betting provides a complement to the retail betting regime proposed by the tribes. The tribes disagree and believe that the initiatives are in-conflict. Thus, if both measures pass, it will likely be up to the California courts to determine if the two measures can coexist or if only one is passed into law.

While the stakes are massive, the outcome in November remains in doubt. At this stage, polling data is inconclusive, and the opposing factions each point to selective polls that reinforce their own position. All that polling definitively shows is that plenty of Californians have not yet made up their minds on whether to support a mobile betting expansion. Capstone will continue to closely monitor the political and policy dynamics driving sports wagering developments in the state as campaigns around both initiatives intensify.