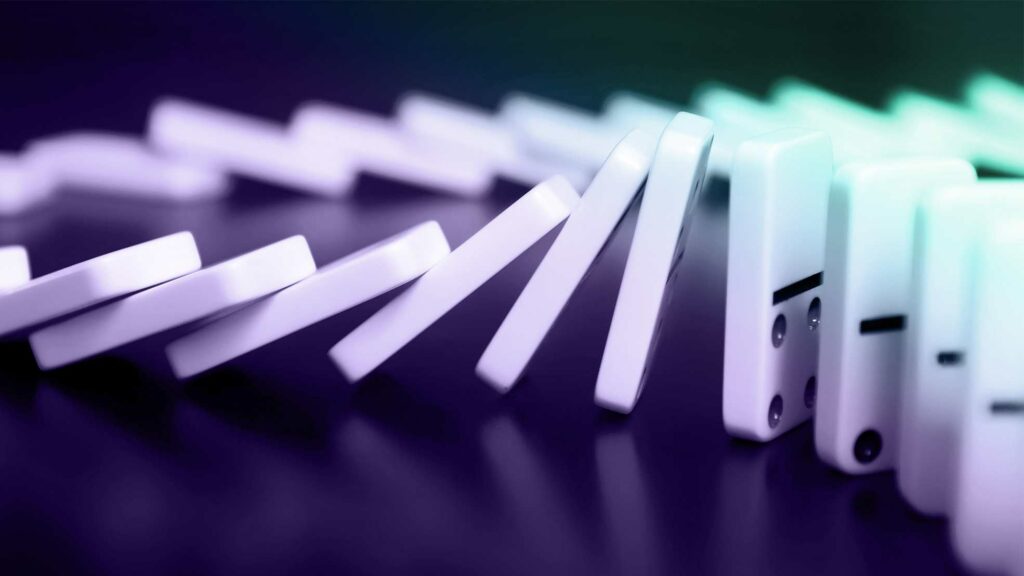 July 13, 2022 — On February 17, the Federal Energy Regulatory Commission (FERC) voted 3-2 along party lines to update the Commission’s policies on natural gas pipeline approvals, increasing the stringency of project evaluation from the viewpoints of public need and climate impacts. At the time of the February vote, few could have predicted that this decision on pipeline reviews would be the first in a series of dominos to fall, resulting in a broad moderating impact across FERC’s entire policy portfolio, meaningfully reducing the probability of future party-line votes and more progressive energy action.

On March 3, the Senate Energy Committee held a hearing on the vote, excoriating the Democratic commissioners for their partisan approach to energy security, particularly in the face of Russia’s invasion of Ukraine. Since that Senate hearing, of the 100+ orders FERC has issued across a variety of wholesale power, electric transmission, natural gas, and other jurisdictional policy issues, not a single one was reached with only Democratic votes (see Exhibit 1).

Capstone believes the Democrat-controlled FERC is unlikely to pursue progressive policies in the near- to medium-term given the renewed focus on bipartisan cooperation in the aftermath of the pipeline policy vote. Additionally, we believe the new legal and political constraints following the Supreme Court’s ruling on climate regulation and the upcoming Senate reconfirmation process for FERC Chair Rich Glick will further limit the Commission’s ability and appetite to implement significant or controversial new policies.

The first proposal on transmission planning and cost allocation was approved 4-1, with an elevated role for state regulators in the cost allocation process. We believe the increased role for states was necessary to secure Commission Mark Christie’s (R) vote. The second proposal on generator interconnection policy was approved on a 5-0 vote, containing innocuous changes based loosely on existing best practices from different regional transmission organizations (RTOs). While the draft rules still present meaningful upside to both transmission owners and renewable developers, we believe the reluctance among FERC Democrats to enact party-line policies will result in less transformative policy than initial indications from the July 2021 ANOPR.

In addition to the internal politics at FERC, we believe the Supreme Court’s decision to limit the Environmental Protection Agency’s (EPA) authority to regulate greenhouse gas emissions will impact FERC’s ability to issue major climate-related policies. While the court decision centered on EPA’s interpretation of the Clean Air Act, the decision will likely put pressure on future agency actions outside the explicit scope of their statutory mandate. FERC has come under fire from conservatives for the agency’s broad interpretation of its mandate to include climate policy, including Commissioner James Danly (R), who dissented on the pipeline policy vote, condemning the policy as a blatant overreach of FERC’s statutory authority.

We believe the new Supreme Court precedent on “major” policies will deter aggressive FERC action by raising the bar for deference to agencies in litigation. While FERC decisions are generally appealed to the D.C. Circuit—known for leaning more liberal—aggrieved industry parties have some discretion to appeal FERC orders in potentially more favorable venues where the project or business is located.

With the expiration of Chairman Rich Glick’s term in June 2022, we believe his path to remain at FERC will likely have a moderating impact on the Commission’s policy agenda. President Biden renominated Glick to a five-year term in May 2022; however, to retain his seat he must be confirmed by the Senate. Before the Senate vote, Glick must receive the blessing of Sen. Joe Manchin (D-WV), who chairs the Senate committee with oversight over FERC and denounced the pipeline policy decision as “prioritizing a political agenda…over the nation’s energy reliability and security.” Over the next six months, we believe Chair Glick and FERC will be careful to avoid once again drawing the ire of Sen. Manchin at risk of derailing his confirmation. Much like the Biden administration’s ambitious climate plans upon entering office, a combination of unforeseen events, legal constraints, and political considerations have shifted FERC’s agenda toward centrism, limiting the more progressive policy options as the Commission attempts to balance concerns over energy reliability, climate change, and consumer protection.

Time will tell how long the ripple effect from the pipeline policy vote lasts at FERC; however, over the near- to medium-term, we believe these series of events will mitigate policy whiplash at FERC, creating a more stable and predictable environment for electric and gas utilities and pipeline developers that fall under FERC jurisdiction.

Read more from Josh
No Easy Button: Why Natural Gas Infrastructure Has to Get Done the Hard Way
Energy & Industrials 2022 Policy Preview
The Coming Second Life of Pipelines in a Decarbonized World
From ‘False Solutions’ to Climate Policy Planks: How Congressional Dems Have Changed Position on Climate Solutions