From Death Panels to Duopoly: How Dialysis Coverage has Changed & Looming Risks for Providers 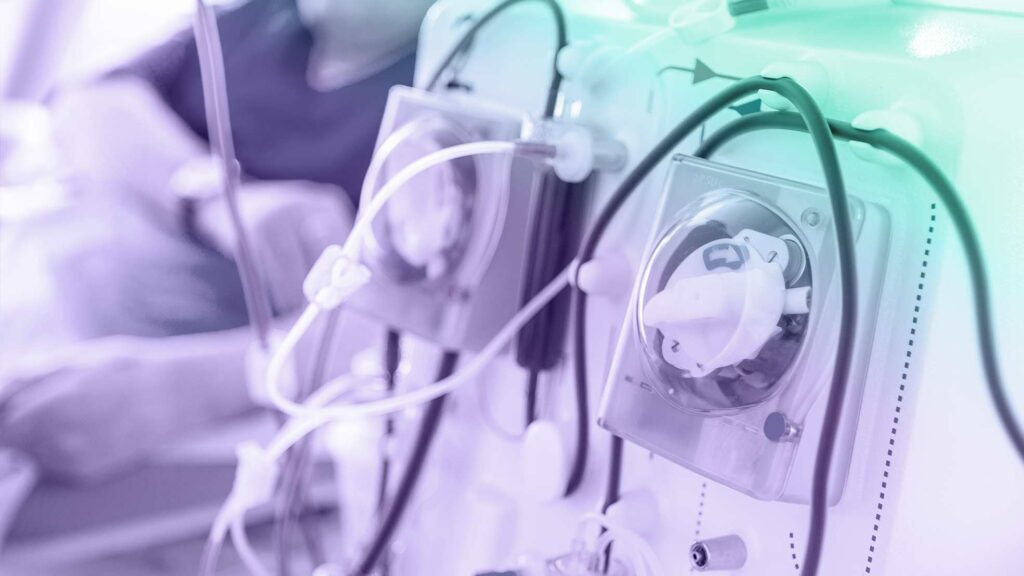 From Death Panels to Duopoly: How Dialysis Coverage has Changed & Looming Risks for Providers

When the dialysis procedure was invented in the 1940s, patients with chronic kidney disease could finally breathe a sigh of relief. A cure—or at least a long-term treatment option—was, at last, available. What was less clear was how it would be paid for, and by whom.

Seattle was the first American city to procure an inventory of the new technology but was faced with the conundrum of how to distribute its limited resources. In response to the shortage of dialysis machines and the treatment’s significant financial burdens, in 1961, Seattle created a panel of seven individuals. The group, comprised of a surgeon, a lawyer, a minister, a banker, a housewife, a government official, and a labor leader, were responsible for determining whether a potential dialysis patient could access treatment based on their respective “social worth.”

Individuals deemed “highly valuable” to society were given dialysis, while those not so lucky were not. In one scenario, the panel considered whether the death of a patient with three children would leave their widower with more or less remarriage potential than the widower of a patient with six children. The highly subjective panel was known as a “God panel” by those in favor, or a “death panel”  by those opposed to subjective criteria and moribund decision-making, garnering attention from a national committee on Chronic Kidney Disease. In response to the actions of “God panels” in Seattle and other American cities, the committee would later recommend that the federal government fund care for all end-stage renal disease (ESRD) treatment. Five years later – based on the panel’s recommendations – in 1972, Republican President Nixon signed into law the lifelong coverage of ESRD patients by Medicare. Ironically, the bill established the type of equitable, universal healthcare coverage model that his party would deem socialist and un-American in the 21st Century.

With just 10,000 dialysis patients at the time, Congress grossly underestimated the fiscal implications of such a policy. Lawmakers bet on technology and transplants to eventually reduce the costs of these patients, projecting annual costs of $250 million at most. Within just a few years, annual costs were 4x those projections, surpassing $1 billion. From 1974 to 2018, the number of patients with ESRD in the US grew 55x, and the associated costs rose 160x. Congress subsidized Medicare dialysis expenses with commercial health plan contributions to mitigate swelling federal costs. At first, individuals with ESRD could remain on their commercial plan for 12 months after diagnosis. Over the years, as costs continued to rise, Congress increased this commercial window first to 15 months and then to 30 months. The 30-month window is crucial for dialysis providers, who derive nearly all their profits from the higher commercial rates, which can run at 3-4x Medicare rates.

The mandating of commercial coverage and profitable rise in commercial rates attracted providers, namely DaVita Inc. (DVA), and Fresenius Medical Care (FMS), which used consolidation to reach their current 80%+ market share in the US. Knowing that after 30 months the patient will become Medicare’s responsibility, providers have no incentive to act preventatively, reduce costs, or improve outcomes. While The Centers for Medicare & Medicaid Services (CMS) has attempted to shift this using value-based care models in recent years, in many ways, it is too late.

The US now faces a tough choice: continue to subsidize Medicare costs by increasing the commercial window or effectively transition all ESRD patients onto Medicare—developments Capstone has long covered. With mounting concerns over Medicare costs and experts projecting the number of ESRD patients will surpass 1.2 million by 2030, the latter is undesirable, at least in the near term. Additionally, without a significant increase in Medicare dialysis rates, it would mean bankruptcy for the provider duopoly.

Congress, however, may be forced—sooner than they might want—to address the commercial insurance subsidization that spawned the dialysis duopoly. A closely-watched Supreme Court case, DaVita v Marietta Memorial, awaiting decision may spur a mass migration of ESRD patients onto Medicare. The court will decide whether the insurer’s coverage of outpatient dialysis discriminates against those with end-stage renal disease and violates federal law. If the court allows plans to induce patients to switch to Medicare a worst-case scenario could mean a halving of the number of commercially covered patients, a significant blow to the business models of DaVita and Fresenius. Capstone believes the Court will rule in favor of DaVita, likely avoiding an existential outcome. But if Marietta were to prevail, we believe the looming threat of a significant reduction in provider availability would spur Congressional intervention and new bouts of uncertainty.

As if the dialysis industry could not get more tempestuous, perhaps an even more significant disruptor looms in the background. Researchers have long been trying to modernize the 50-year-old dialysis process, working on everything from artificial kidneys to portable dialysis machines, some of which have received initial FDA approvals. So while lawmakers, regulators, and now the Supreme Court continue to grapple with the commercial subsidization of the dialysis duopoly to maintain universal Medicare coverage, it might be gone just as quickly as it arrived. The allocation of these new technologies may require forming a new type of panel. Though how its described will be a matter of subjectivity, from the perspective of the dialysis duopoly’s dying business model, such a panel may resemble the “death panels” of old.

What’s clear is the continued confluence of policy and regulatory forces, against the backdrop of an evolving industry, will continue to create noise for DaVita and Fresenius, developments Capstone will continue to follow closely and untangle.