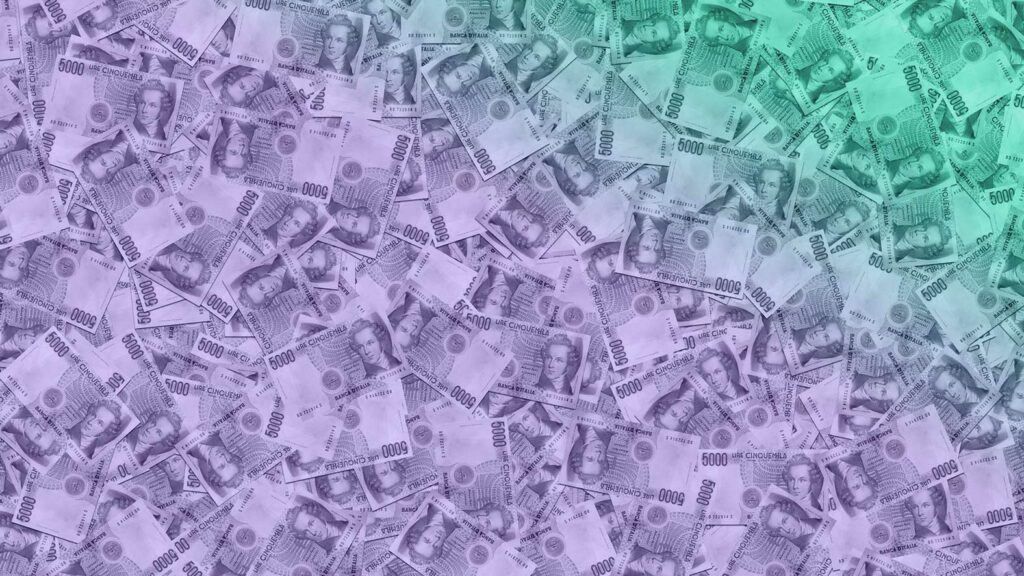 Central banks around the world are struggling to get the right balance between reigning in record levels of inflation and avoiding an economic collapse, as policymakers hike interest rates and withdraw stimulus.

While the European Central Bank (ECB) is in the same boat as the Federal Reserve and the Bank of England fighting inflation, it has the added unique challenge of setting monetary policy for its 19 economically dissimilar member states. Government debt in many euro-area countries has reached record highs as a percentage of gross domestic product (GDP), as members of the monetary union pursued vastly different fiscal policies. Italy has emerged from the COVID-19 pandemic with government debt of c.150% of GDP versus Germany at c.70%.

On June 9th, the ECB announced that after a 25bp rate hike in July, should the inflation outlook fail to show signs of improvement by September, we can expect a larger hike (potentially 50bp) and a series of more gradual (25bp) hikes after that. We believe there are several risks that could change this timeline, most notably that the war in Ukraine further contributes to persistent price pressure. This could mean the ECB is simply not moving fast enough.

Following the ECB meeting, Italy’s 10-year debt yields reached 4% last week, the highest since 2014, questions are increasing about the implications for its debt sustainability.

Clients who have owned bank stocks through the global financial crisis, the EU sovereign debt crisis, and the pandemic are all too familiar with trials and tribulations that accompany volatile southern European bond yields.

In March 2020, at the height of pandemic-related market turbulence, ECB President Christine Lagarde said it was not the ECB’s role to “close the spread” between Italian and German bond yields. The remarks raised fears the ECB was retreating from its role as lender of last resort. Madame Lagarde quickly apologized. Still, it was an unfortunate contrast with her predecessor, Mario Draghi, who famously said he would do “whatever it takes” to save the euro. His pledge had a significant impact on easing the sovereign debt crisis in 2012.

Now, as bond yields rise, the ECB once again needs to address widening bond spreads. In our view, the ECB’s ad hoc meeting less than a week after an official meeting is a reasonable indication of panic in Frankfurt.

On Thursday 16 June, the ECB’s Governing Council reaffirmed it will use the pandemic emergency purchase programme reinvestments to try to reverse the widening spread between German and Italian sovereigns. More importantly, officials confirmed they are working on an additional policy instrument. The announcement lacked details but the mere fact a new tool is coming has stemmed the rise in Italian bond yields. We expect the plan’s details will emerge in the weeks ahead but until then Southern European bondholders could be in for a bumpy ride.

What does this all mean for Italian bank shares? Higher interest rates are great news for a bank’s revenue growth. The impact on individual banks will depend on the structure of the balance sheet. On the asset side, that means the mix of floating rate loans versus fixed rate. On the liability side, the concern is the mix of sticky retail deposits versus wholesale funding, and any rates hedges in place.

Arguably the Italian banks have reduced their sensitivity to interest rate changes in recent years but are still well-positioned to take advantage of future interest rate hikes. Nevertheless, while economists now worry about stagflation, expected revenue gains for banks need to be viewed in tandem with the dangers higher yields pose of the quality of assets held by banks. Italy is heavily dependent on Russian gas, and risks to consensus GDP estimates remain firmly on the downside. The cost of equity for an Italian bank has increased, with lower visibility on earnings and non-performing loans.

The concept of a ‘doom-loop’ reflects the historical correlation between bank shares and sovereign debt yields in the euro area. This relationship goes back to the large percentage of government bonds that Italian banks have traditionally held on their balance sheets. When sovereign yields have spiked, it has produced mark-to-market losses for the banks, eroding their tangible equity.

Although the correlation between rising yields and bank share prices still exists, the capital losses suffered during the 2012 sovereign debt crisis has led banks to reduce their exposure to volatile markets. Encouraged by regulators, they have reduced the percentage of assets held in Italian sovereign debt and have also booked a higher proportion of Italian bonds as “held to collect,” demonstrating a desire to avoid “mark to market” losses every quarter through regulatory capital ratios.

Shares of the largest Italian banks, including Unicredito (UCG IM), are suffering from direct exposure to Russia. Nevertheless, we believe capital and provision buffers leave the larger banks well placed to weather the storm. Finally, we would mention events in Italy are occurring at a time of relative political stability. Draghi became Prime Minister in February 2021 after a political crisis forced out PM Giuseppe Conte. The Draghi government includes both politicians and independent technocrats and is supported by a broad majority of the Italian parliament, including members from M5S, Lega, and the centre-left Democratic Party. Although history shows Italian governments have difficulty lasting over the medium term, in the current environment, it’s difficult to think of anyone better to have at Italy’s helm than the central banker credited with saving the Euro. ­­­