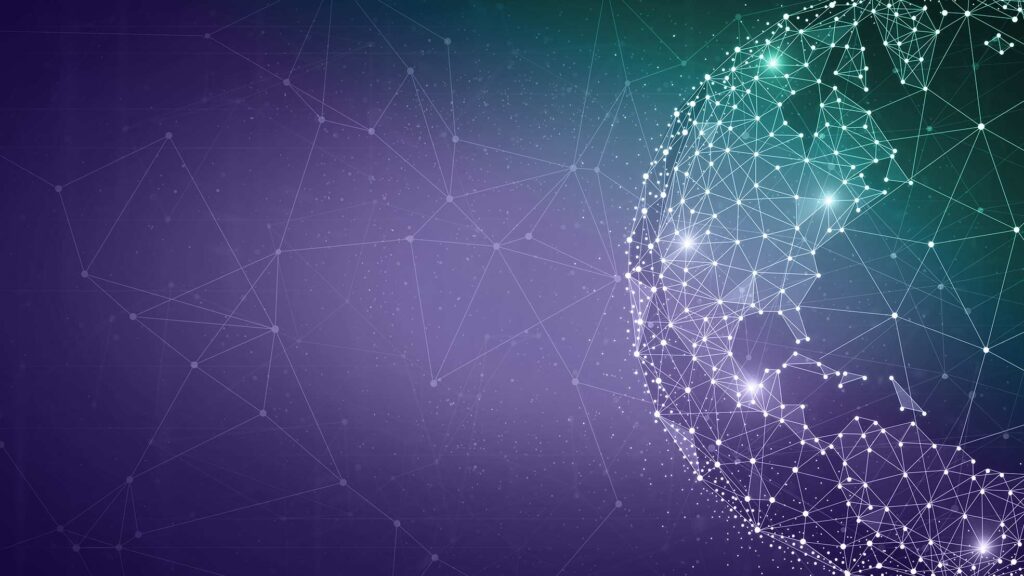 Capstone believes 2023 will mark a pivotal year for the US push to implement its domestic manufacturing strategies to compete against China. We are increasing our probability that the US will reach a multilateral agreement with key allies on semiconductor-related export controls by December 31, 2023, from 35% to 55%.

The Republican majority in the House will catalyze additional pressure for the Biden administration to address US vulnerabilities and national security concerns related to China’s “military-civil fusion” development involving semiconductors and Chinese social media applications such as TikTok.

One bright spot in 2023 is the emerging opportunities for cooperation, as demonstrated by the recent US Public Company Accounting Oversight Board (PCAOB) announcement that US regulators can inspect Chinese auditing firms used by Chinese companies with US stock listings. We believe the inspection process will likely inform how the US approaches similar concerns in other policy areas, such as the new Unverified List to review end-use checks.

In early October, the US Department of Commerce’s Bureau of Industry and Security (BIS) published an interim final rule that contained broad prohibitions and licensing requirements on exports to China of certain semiconductors and related equipment, specifically for advanced computing integrated circuits and supercomputers end-uses.

At the time, Undersecretary Alan Estevez characterized the unilateral action from the US government as a “down payment” on its efforts to persuade allies, including the Netherlands and Japan, to adopt similar restrictions and committed to working with these partners for uniform export controls. However, based on public reporting, the Dutch rejected US proposals on two occasions in 2022 before BIS opted tightened export controls unilaterally.

Multilateral export controls established through the 1996 Wassenaar Arrangement or a new regime will extend US restrictions to foreign-based companies. Currently, the US licensing rules directly impact domestic companies by creating new restrictions on equipment or semiconductor manufacturing items and can only, in part, capture foreign entities.

The Foreign-Produced Direct Product Rule (FDPR) subjects goods with a certain degree of US-made parts to the same restrictions when bound for companies that were placed on the Entity List. BIS viewed the utility of the FDPR as a potential carrot-and-stick approach, where its unilaterally imposed rules would be relaxed in exchange for adopting similar controls.

While the Dutch and Japanese governments in December signaled their openness to a multilateral framework and may even have potentially reached an agreement in principle, it remains unlikely that they will adopt rules that are as stringent as the Commerce Department’s October rule. That rule targets equipment capable of producing semiconductors at the 14 nanometer or below level with additional constraints on US persons involved in some of the related work.

Still, we believe the sentiment for how feasible this type of arrangement generally has shifted positively and favorably for the US government.

Because of the developments regarding the receptiveness of US allies to place similar controls on companies in their jurisdictions, we raise our probability by 20 percentage points to 55% that the US will create a multilateral agreement on export controls by the end of 2023. In November 2022, Commerce Secretary Gina Raimondo suggested that such a process could take six to nine months to finalize. If public reporting about allies’ support as of mid-December is accurate, then we anticipate further details to become available and materialize in H1 2023.

The so-called Chip 4 alliance—an initiative announced in March 2022, and includes Japan, South Korea, Taiwan, and the US—has faced headwinds in moving forward. The alliance has yet to meet or provide additional information on its objective of coordinating policy related to semiconductors. The overall state of the demand cycle and China’s response to US rules with its own industry incentives also could challenge the resolve of US allies to sign on.

For US firms, the anticipated start of the Creating Helpful Incentives to Produce Semiconductors (CHIPS) for America Act program and the Commerce Department’s application process by around February 2023 will likely see additional guardrails introduced that they must consider before accepting the potential government funding.

Despite growing pressure from Congress and state leaders in H2 2022, the Biden administration did not take direct steps to address US concerns regarding TikTok’s ownership.

Following additional reporting that catalyzed congressional uneasiness about TikTok’s ownership structure, we continue to believe the 2020 presidential order requiring divestiture based on an earlier referral by CFIUS is the most suitable pathway, especially as its ownership remains a key political question.

As of December 21st, 19 states had banned, fully or in part, the download and/or use of TikTok onto government-owned devices. Every one of these restrictions came about by executive action by Republican governors. Despite the limited impact this has had on the app itself, pressure snowballed into effectively forcing the federal government to take similar action.

On December 14th, the Senate unanimously passed No TikTok on Government Devices Act (S. 1143), originally introduced in August 2020. Its adoption quickly prompted House Speaker Nancy Pelosi (D-CA) to seek its inclusion in the omnibus government funding bill (now Division R in the draft text). This stands in stark contrast to the stalled efforts for the House’s inclusion of a similar mandate in the FY2021 National Defense Authorization Act (NDAA) more than two years ago.

The swell in support for “banning” TikTok also led to the introduction of the Averting the National Threat of Internet Surveillance, Oppressive Censorship and Influence, and Algorithmic Learning by the Chinese Communist Party Act (ANTI-SOCIAL CCP Act) by Senator Marco Rubio (R-FL) and Representative Mike Gallagher (R-WI) that would compel the president to use powers granted under the International Emergency Economic Powers Act (IEEPA) to “block and prohibit all transactions” involving a social media company domiciled in a country of concern.

We believe if the bill is reintroduced next session, it will face significant headwinds, especially in the Democratic-controlled Senate. Further, while both ByteDance and Tencent/WeChat successfully overturned two August 2020 executive orders that President Trump issued under IEEPA, we believe there is a more legally sound option. The president has broad authority to require divestiture as a mitigating measure following CFIUS review to restrict foreign investment in a US business.

We believe a separate presidential order using that power under Section 721 of the Defense Production Act for unwinding ByteDance’s acquisition of Musical.ly remains valid. The CFIUS process started following the transaction, which was not voluntarily notified by ByteDance to the committee beforehand for review.

The Biden administration’s appetite for enforcing the presidential order and addressing lawmakers’ security concerns is likely to become more evident in 2023. Even as elected officials raise consumer protection questions, the most pressing concern is still about the access and involvement of employees based in mainland China.

President Biden is vulnerable to Republican attacks that he is weak on China, especially compared to his predecessor, if his administration either takes no action or produces an agreement that appears weak, and we believe divestiture remains his best option.

Earlier this year, Chinese companies that had shares listed on US stock exchanges faced the threat of having to delist by 2024 given the three-year timeline set forth by the 2020 Holding Foreign Companies Accountable Act (HFCAA). The statute requires the US Securities and Exchange Commission (SEC) to identify US-listed foreign public companies that the US Public Company Accounting Oversight Board (PCAOB) is unable to fully inspect or investigate their registered public accounting firms because of a position taken by an authority in the foreign jurisdiction (i.e., China), or place trading prohibitions on firms following three years on the list. As of this writing, the SEC has identified 173 companies for its list of issuers.

However, on December 15, 2022, the PCAOB announced that it “was able to secure complete access to inspect and investigate audit firms in the People’s Republic of China (PRC),” effectively negating the threat of broad trading prohibitions against US-listed Chinese firms.

The PCAOB has not slowed its pace to raise repercussions for noncompliance, in line with the 75% likelihood we previously assigned. Representative Brad Sherman (D-CA), the sponsor of the original measure, attempted to add the Accelerating Holding Foreign Companies Accountable Act (AHFCAA) to the FY2023 NDAA as an amendment in July 2022.

Similarly, House Committee on Financial Services Chair Maxine Waters (D-CA) issued a statement following the PCAOB’s announcement indicating that she will continue to push for that bill to be included in the omnibus government funding package. Though the title was amended, the language of the bill is included in the draft text under Division AA, Title III for Trading Prohibitions. If passed and signed into law as is, companies would see trading prohibitions following just two years after identification (e.g., as early as the end of 2023).

Moreover, the agreement and subsequent access verified by the PCAOB demonstrates potential areas of compromise and a potential framework for other avenues of regulatory oversight required by US government agencies. In a similar vein though, should the China Securities Regulatory Commission (CSRC) change its stance, the risk of a renewed push to enact the AHFCAA will return in a clear bipartisan fashion.

As an example, BIS created the new Unverified List that reduces the time that it can transfer designated companies to the Entity List. In short, if the bureau is unable to confirm the end-use and/or end users for items regulated under the Export Administration Regulations (EAR), they will be added to the Unverified List and provided a 60-day window to allow BIS to conduct its checks.

If an inquiry is still unsuccessful, the company could be moved to the Entity List afterwards, as BIS did with Yangtze Memory Technologies (YMCT) on December 19th. The Entity List imposes broad licensing requirements, typically with a presumption for denial, for any exports/re-exports to those firms by other companies. Just a little over a week prior to that announcement, Undersecretary Estevez publicly voiced some optimism that BIS was beginning to successfully perform these end-use/user checks with more access provided by China’s Ministry of Commerce (MOFCOM).