Crypto’s Search for Stability: How the Industry Will Navigate Growing Scrutiny and Support in 2023 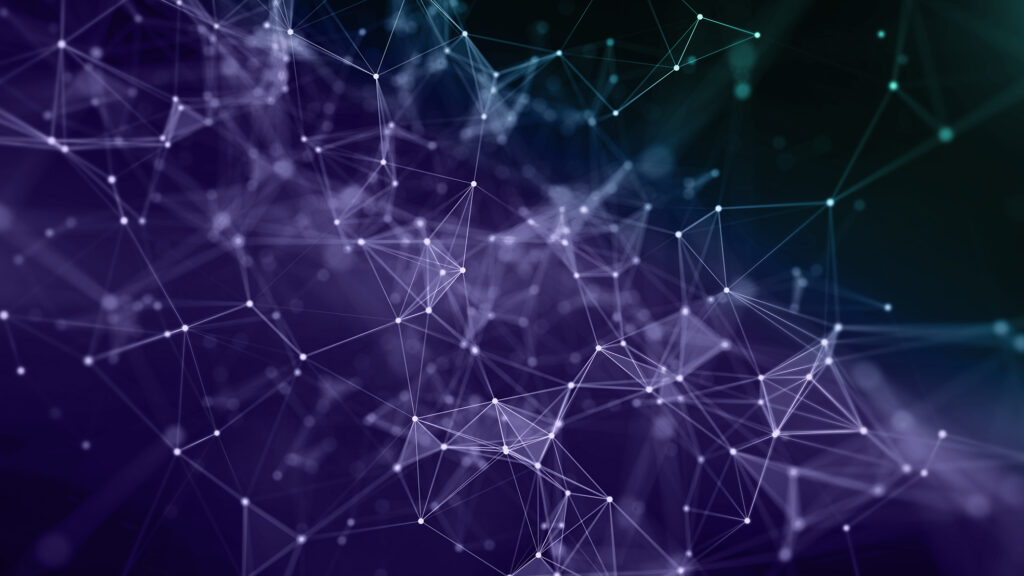 Crypto’s Search for Stability: How the Industry Will Navigate Growing Scrutiny and Support in 2023

Capstone believes the Securities and Exchange Commission (SEC) will ramp up enforcement in 2023 and is increasingly likely to deem Ethereum a security. However, the risk posed by tighter scrutiny is balanced by the likelihood that legislation in the next congressional session will benefit the industry by restoring some confidence in it.

The SEC is coming off a victory against LBRY Inc., giving it legal precedent for pursuing further enforcement in the crypto space. The commission’s ongoing lawsuit against Ripple Labs will likely be decided by the end of 2023 and will clarify the SEC’s chances against major issuers such as Ethereum.

As the FTX debacle caps off a tumultuous year for the crypto industry, the growing pressure it puts on lawmakers to provide crucial legislative clarity is a silver lining. Bills with greater bipartisan support likely to be introduced next year include provisions to mandate financial disclosures from crypto firms and to establish requirements for stablecoin issuers.

Ethereum Is Increasingly Likely to be Deemed a Security

The SEC will maintain its aggressive posture toward the crypto industry as it heads into another year without a clear resolution on the securities status of cryptocurrencies. SEC Chair Gary Gensler is maintaining his insistence that most tokens are securities, commenting specifically that staked tokens may be securities after Ethereum transitioned to a proof-of-stake mechanism.

For Ethereum, the status of its ether token and the question of who will ultimately regulate it are caught up in a turf war between the Commodity Futures Trading Commission (CFTC) and the SEC. Crypto bills introduced this year, such as the Digital Commodities Consumer Protection Act (S.4760), have labeled Ethereum a commodity and would place it under the purview of the CFTC. That designation would limit what the SEC could do, as the CFTC’s authority over spot markets is limited to policing fraud and is seen as favorable for the crypto industry.

Still, we believe it is increasingly likely that Ethereum will be deemed a security. While it is possible that future legislation could codify Ethereum as a commodity, congressional support for Ethereum is also eroding. Senator Cynthia Lummis (R-WY), co-sponsor of the Lummis-Gillibrand bill (S.4356) and a major crypto proponent, recently acknowledged that Ethereum’s new proof-of-stake model likely makes it a security. The SEC’s recent win against LBRY weakens the “fair notice” defense that issuers such as Ripple Labs are relying on and establishes a relatively straightforward interpretation of the Howey test. That outcome sets a legal precedent and launching pad for future SEC enforcement against larger tokens, including Ethereum.

As the second largest token by market value, any change in Ethereum’s regulatory status would have significant implications for the US crypto industry. If Ethereum is deemed a security, the token will have to register as such and can no longer be traded on exchanges such as the one operated by Coinbase Global Inc. (COIN).

Without Ethereum, Coinbase would lose a significant portion of its transaction revenue. The company is not registered as a securities exchange and would have to delist Ethereum, preventing US consumers from trading the token. Ethereum trading consistently accounts for more than 20% of Coinbase’s transaction revenue, which in turn comprised more than 87% of Coinbase’s overall revenue last year. While foreign customers could continue to trade Ethereum, that is little solace to Coinbase as it derived more than 85% of its revenue from US citizens last quarter (Q3 2022), giving it little opportunity to recoup the loss.

By contrast, exchanges with a larger global footprint, including Binance, will be largely unaffected and could strengthen their market positions as Coinbase’s operations weaken. Binance’s global market share is estimated to be more than 65% and will likely increase with the collapse of FTX. However, investors should note that Binance faces its own risks as outflows from the exchange surge and the company’s auditor just suspended its work with crypto clients. The SEC could wait to take further action, including against Ethereum, until after the Ripple case. The Southern District of New York could reach a summary judgment in that case in April 2023. While the facts of each case will vary by token, we expect that the SEC has a favorable legal position against Ethereum.

This bill would have designated Ethereum as a commodity and given the Commodity Futures Trading Commission exclusive jurisdiction over all “fungible digital forms of personal property.” This would have limited what the SEC could do and is seen as favorable by the crypto industry. The bill was referred to committee and has not seen further action since September 2022.

The Lummis-Gillibrand bill has a broad scope and seeks to establish auditing and security requirements for stablecoin issuers. The bill was referred to committee and has not seen further action since July 2022. Senator Cynthia Lummis, one of the co-sponsors, has since indicated that Ethereum should be considered a security

Given a split Congress following the midterm elections and the divided reactions to FTX, many believe that crypto legislation will be difficult to pass next session, if not altogether impossible. Although comprehensive crypto bills, like the bipartisan Lummis-Gillibrand Responsible Financial Innovation Act (S. 4356) which is set to be reintroduced, will face an uphill struggle, narrower bills focusing on transparency measures and consumer protection have a strong probability of passage and will likely be prioritized as a result. To the degree such bills help restore confidence in the industry, we believe the possibility of forthcoming crypto legislation is an underappreciated boon for the wider industry.

Promising ideas that lawmakers have floated in recent hearings in both chambers include disclosure requirements for large, private firms. In a Senate Banking Committee hearing, members expressed bipartisan support for requiring private crypto companies to report their financial activities and follow similar accounting requirements as traditional financial institutions. In addition, several bills were introduced in 2022 to combat illicit uses of cryptocurrencies through an expansion of know-your-customer (KYC) requirements for banks and crypto firms.

These measures could temporarily exacerbate the slump in crypto markets by publicly exposing fraudulent projects, but legislation would be necessary to root out bad actors over the long run. Firms with fragmentary accounting will come under additional scrutiny as a result. For instance, Tether has yet to provide a full audit of its stablecoin reserves despite years of questions and several firms have already taken short positions against the issuer. Meanwhile, DeFi projects typically have opaque financial data, meaning transparency requirements could shine an unwelcome light on the prolific amount of fraud in the space.

As a publicly traded company, Coinbase already is subject to numerous reporting requirements and is well-positioned to benefit from a more onerous regulatory framework that increases compliance costs for its competitors. Enhanced regulations would also raise the barrier to entry for emerging crypto firms and provide Coinbase with an advantage against new entrants, as well as international competitors seeking a foothold in the US market.

Lastly, despite a surge of interest following the FTX collapse, self-hosted wallets such as Trezor will face particular scrutiny from stricter KYC laws. The just-introduced Digital Asset Anti-Money Laundering Act points to growing bipartisan consensus on a regulatory solution and subsequent headwinds for wallet providers. The bill would require the Financial Crimes Enforcement Network (FinCEN) to monitor transactions involving these self-hosted wallets, similar to a 2020 FinCEN proposal under the Trump administration that would have required exchanges to report customers that transfer more than $10,000 per day to self-hosted wallets. Still, while greater transparency measures will not benefit all crypto players, these reforms could help restore shaken investor confidence in digital assets and help the industry as a whole over the longer term.

Stablecoin Legislation Remains Promising in the Next Congress

Regulation of stablecoins accelerated in the wake of the TerraUSD collapse this year. However, bills proposed in 2022 have received less attention than warranted by their significance. Stablecoins remain a promising area for progress on crypto legislation due to the narrow scope of the topic and many of the proposed bills importantly agree on a general set of regulatory principles, such as 100% reserve requirements.

The stablecoin bill sponsored by Representatives Patrick McHenry (R-NC) and Maxine Waters (D-CA), the current chair of the House Financial Services Committee, is much anticipated and will be formally introduced next year. Both sponsors are committed to prioritizing the bill and lawmakers on both sides of the aisle have been broadly supportive of efforts to advance stablecoin legislation.

The McHenry-Waters bill will reportedly ban algorithmic coins for a two-year period, enable non-banks to issue stablecoins, and require tokens to be fully collateralized with highly liquid US-government securities. Coinbase would have to delist improperly collateralized stablecoins, such as Dai, which would further reduce the company’s transaction revenue. The bill also would increase pressure on Tether, whose reserves contain other tokens and non-US debt. Tether was fined $41 million in 2021 after it failed to maintain sufficient reserves for more than two years.

Although stablecoin issuers still could be impacted by the broader market environment, Circle, Paxos, and others focused on compliance are already ahead of the regulatory curve and will benefit from these laws. Circle recently canceled its plans to go public via a $9 billion merger with a special purpose acquisition company, Concord Acquisition Corp. (CND), due to the state of the crypto market. In addition, investors should be aware of policy developments, such as changes in the interest rate or plans to introduce a Central Bank Digital Currency (CBDC) that may compete with stablecoin issuers.