Five Things People Get Wrong About the Ukraine-Russia Conflict 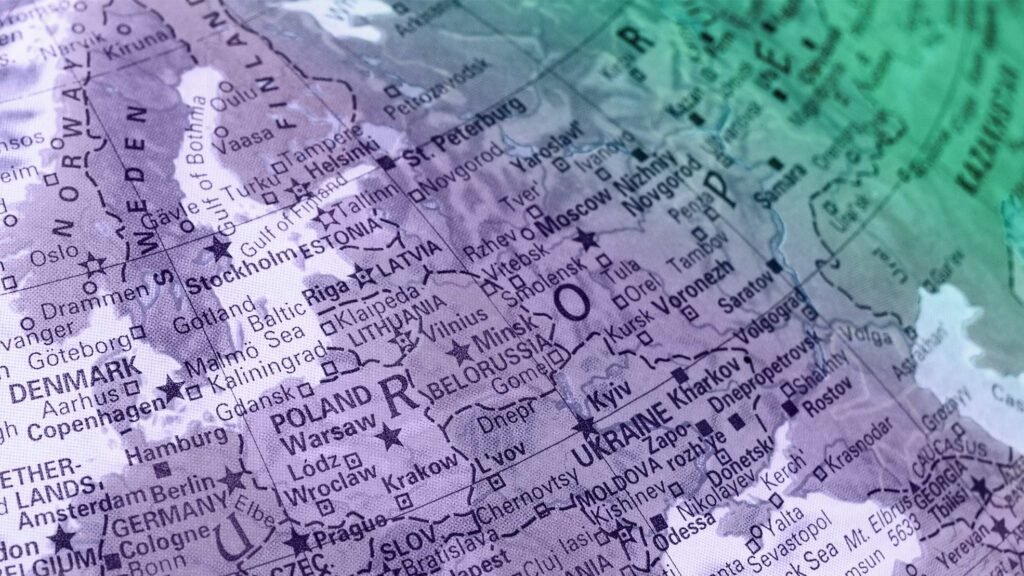 Five Things People Get Wrong About the Ukraine-Russia Conflict

By: Daniel Silverberg, managing director and co-lead of national security

February 11, 2022 — As Russia solidifies its military footing on Ukraine’s border, concerns have grown about how conflict could impact global energy and financial markets. Here are five under-the-radar, frequently misunderstood developments that should be watched.

1. A Successful Ukraine Insurgency Is Not a Given

US officials working to counter the threat posed by the build-up by Russia’s armed forces along its Western border with Ukraine have been open in their discussions of the sanctions and arms transfers at their disposal. There is also an array of unconventional tools available to combat any overt Russian aggression, one of which could be support for a Ukrainian insurgency. During the last two decades, the US military and Intelligence Community honed techniques to support armed insurgencies and build the capacity of unconventional forces. Retired US Admiral James G. Stavridis, a former Supreme NATO commander, recently observed that an insurgency could be Putin’s “nightmare” and several US officials have signaled a readiness to turn Ukraine into a quagmire for Russia. However, it is unclear how credible this threat is at the moment. US unconventional efforts to upend Russian military aggression succeeded in Afghanistan during the Reagan era (though at the cost of entrenching the Taliban, which has caused no shortage of unforeseen problems, as we now know). However, Ukraine bears little resemblance to Afghanistan, and, more recently, US efforts to support insurgent forces battling Russian-backed Bashir al-Assad in Syria failed spectacularly, largely due to Russian President Putin’s unrestrained support for atrocities against civilians. Putin could employ similar tactics in Ukraine in a bid to “demoralize” the EU by resorting to massive human rights violations and displacements of refugees. This raises the question of whether Putin views the threat of a bloody US-backed insurgency as credible.

Given the approach of Spring, some analysts speculate that Putin’s calculations about a potential invasion may be affected by concerns about a muddy, thawing of Ukrainian terrain. However, we believe this concern is probably overstated. That is because military force is but one instrument Putin would use to destabilize Ukraine and assert control (with others including cyber, disinformation operations, and a cohort of “little green men,” as the Russian fifth column in Ukraine is known, readily available). The slowing down of troop movements due to mud is not a showstopper.

2. Putin Is Not a Strategic Genius

Putin is often characterized in some corners of the media as a wily strategist, combining the tactics of 3-D chess and judo, poised to outwit and outmuscle the US through strategic brilliance and brute strength. Many analysts take another position, positing that Putin is emotional, impulsive, and deeply isolated — traits which could lead to miscalculations. His record so far in Ukraine is not strong. Before 2014, Ukraine was at worst neutral, ruled by an ally with close ties to Putin. However, Putin’s 2014 sudden annexation of Crimea from Ukraine alienated much of the Ukrainian population and led to the downfall of his ally, Ukrainian President Viktor Yanukovych. Now, by threatening war, Putin has alienated much of Western Europe, going so far as to push Finland and Sweden to contemplate NATO membership, a development that would have been unthinkable just last year. Additionally, Putin has backed down when confronted with unambiguous force. This was the case when Turkey shot down a Russian jet that violated its airspace in 2015.

Putin’s missteps notwithstanding, he remains an unpredictable ideologue who came of age during some of the more stressful moments of the Cold War. He is a believer in the post-Soviet credo that the US encroached on Russia’s sphere of influence by expanding NATO in the 1990s. (This expansion folded in many of the members of the Soviet-led Warsaw Pact, a move which a mélange of realist critics, America First advocates, and some progressives believe was a gratuitous and avoidable humiliation for Russia.) Rather than owning the mantle of strategic genius, Putin would be better characterized as the CEO of a Russian oil enterprise for whom military action is a tool available for preserving Russian economic interests.

3. China and Russia Have Gotten Closer, But Not Much

China and Russia have recently strengthened their marriage of convenience. Putin’s attendance at the Beijing Winter Olympics and accompanying five thousand word joint Russia-China statement highlights their common diplomatic objective of unseating the US from its global leadership and a broadening of Sino-Russian interests. Some analysts fear that China’s President Xi could exploit anti-Russia sanctions as a lever to steer the global economy from one where the US dollar is the global reserve currency to one where the yuan fills that role, a longtime objective. The US’ role as printer of the global reserve currency helps lower costs and ease entry for American firms in markets around the world, while helping to hold down the cost of financing the US’ budget deficits. Establishing China’s currency as crucial to the global cross-border payment system would fulfill a long-held ambition and solidify China as the dominant player in the global economy. Russia and China have explored strengthening their bilateral trade network; massive sanctions on Russia could provide incentive for them to overcome logistical hurdles and make trading in yuan more central to their relationship. The US last week responded by warning Chinese companies against that helping Russian entities evade potential US and EU sanctions.

While Russia and China have reasons to try to supplant the dollar from its role in global trade, it remains highly unclear how well China’s financial structures would weather western sanctions, not to mention the extensive logistical hurdles an effort would impose.

One crucial issue is that transactions handled in yuan would still likely be affected by US sanctions through the role played in global trade by the Society for Worldwide Interbank Financial Telecommunication, known as SWIFT. Because SWIFT complies with US sanction policies, China’s use of the network, which it cannot easily avoid, would subject Chinese entities to secondary sanctions. Furthermore, the yuan is not freely convertible, and Chinese policymakers use their reserves to manage its value in the foreign exchange market. Chinese officials might not be thrilled at the prospect of losing their control over the currency as a result of a deepening of economic ties with Russia, nor at the expense impeding trade with its western connections, however frayed they may be.  For the moment, according to key China watchers,

China is flexing its muscle through its joint statements with Russia, but this is more indicative of Xi’s global aspirations than a tightening alliance. For China, the notion that it could reap an economic windfall from US sanctions or forge a dramatically closer partnership with Russia is overstated.

4. Ukraine Developments Might Not Impact China’s Approach in Taiwan

Several experts argue that a Russian invasion in Ukraine could embolden China to take its own military action against Taiwan, which it has traditionally seen as its rightful possession. A mantra has become popular among US conservatives: President Biden invited Russian aggression by demonstrating weakness in the US withdrawal from Afghanistan, and China could be similarly emboldened to take Taiwan. We reject this view. Unlike the situation in Ukraine, where Putin still may not have enough force in place to act, President Xi can invade Taiwan at any point. He has resisted doing so because of US aircraft carriers parked in the Taiwan Straits. While the US maintains a credible military threat in the case of Taiwan, strengthened by an extensive history of support, the US commitment to Ukraine, by contrast, is relatively new and is not supported by US combat forces that can defend Ukraine directly. To the extent a US military presence near Taiwan remains robust and unfettered, we believe China will not outright invade Taiwan, regardless of what Putin does in Ukraine. However, that does not preclude China at any point from increasing harassment of Taiwan or interference short of outright military action.

When it comes to oil-producing nations such as Saudi Arabia, the conventional wisdom is that they thrive on high oil prices. While this is generically true in the short term, major oil-producing nations prioritize stability over gain in any one moment. The Saudis appear to be answering the Biden administration’s call for increased production in light of extensive diplomatic engagement, and the US appears to be making progress finding alternative energy sources for countries that are typically Russia’s customers, such as Japan and an array of Western European nations. In short, Putin might not have the energy leverage he seeks and that many fear he is poised to wield.