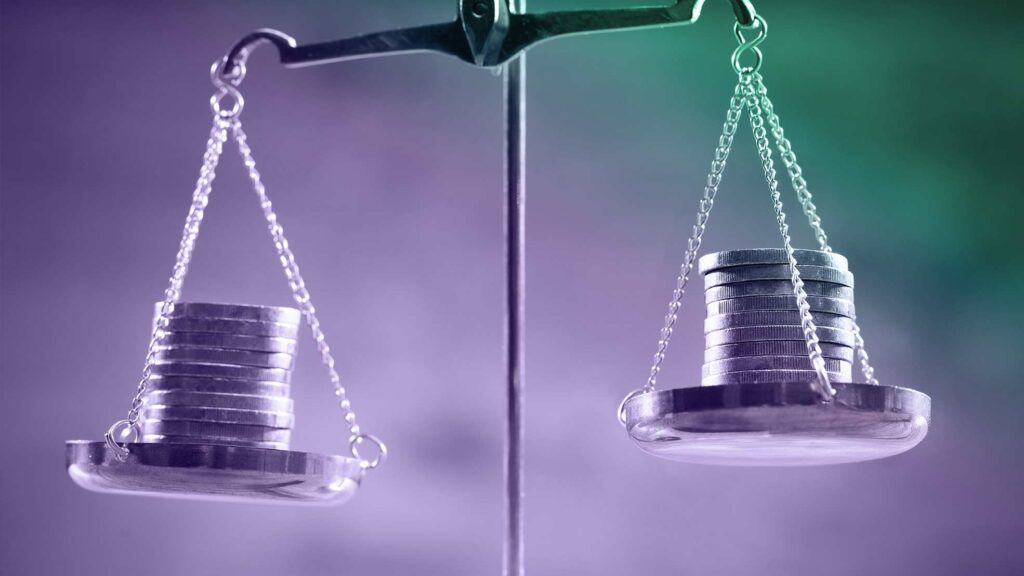 The difference between good decision-making and bad luck for markets and policies often comes down to timing—a lesson we believe state and local governments (SLGs) may soon learn the hard way.

Scan the headlines and you will find no shortage of weird and pernicious reports on the impacts of rising inflation. We believe this phenomenon will be especially pronounced for state and local governments and the policymakers at the helm, often confusing, and uniquely counterintuitive, with long-lasting implications for a range of their priorities.

According to the Federal Reserve Bank of St. Louis, the Consumer Price Index in urban areas reached 8.5% in May 2022 (6% excluding food and energy). Inflation generally has been on an upward trend in the US economy since early 2021, and now is at levels that have not been seen since 1982. Concerns about the economic impact of inflation have created significant turmoil in the equity markets, with the S&P down 22% for the year as the Federal Reserve raised interest rates three times for a total so far of 150 basis points in 2022. Yields have gapped higher across the treasury, corporate, and municipal bond markets in anticipation of the significant impact inflation will have on the economy.

Exactly how and when inflation impacts the economy is highly complex to determine. Some parts of the economy experience inflation immediately while other parts experience its impacts after a significant lag. For example, consumers feel the impact almost immediately as higher prices erode the purchasing power of the dollar. Workers benefit from wage gains tied to inflation but generally a bit later as employers tend to give workers inflation-based raises over time, usually in the form of annual raises loosely tied to inflation. Unionized workers typically see their wages rise at a slower pace than their non-union counterparts as their wages are governed by multi-year collective bargaining agreements (CBAs) with contractually agreed to wage increases that phase in over the life of the contract. Considering the US economy has been in a low inflation environment for the past few decades, most CBAs no longer include inflation-based cost-of-living adjustments. Consequently, it may take a few years for unionized workers to see enough of an increase to compensate for the current rate of inflation.

That is where we see problems brewing. Capstone is particularly concerned with the impact of inflation on state and local governments.

Initially, SLGs should see benefits as higher inflation leads to wage gains and increased prices, which will help boost both income and consumption tax collections. We would argue that tax collections have remained above expectations for the last couple of years due in part to the inflationary impact of federal stimulus dollars helping to push up wages, prices, and consumption. Most states are flush with cash and have reported income and sales tax collections coming in above expectations, with wage gains and the inflationary effect on prices often specifically cited as contributing to tax collection outperformance. Even the Congressional Budget Office has cited inflation as a contributing factor in the projected 19% increase in federal tax collections that are expected in FY 2022. Not surprisingly, stuffed coffers are prompting a number of states to push for measures to spend on citizens reeling from higher prices.

However, this modest boost in tax revenues because of inflation comes at the expense of significant cost pressures that can be expected to persist for years. According to the Economic Policy Institute, more than 43% of state government employees and more than 33% of local government workers are members of unions. Almost 60% of these unionized government workers either work in education or public safety and most are covered by collective bargaining agreements. Workers covered by CBAs for state and local governments will likely see little increase in wages in the near term as these agreements often cover contract periods longer than three years. They also can take years to renegotiate if lapsed. We expect that when these agreements come up for renewal, the unions will ask for raises sufficient to compensate for the inflation experienced since 2021, as well as for projected rates of inflation moving forward.

The risks SLGs face is the disconnect between the timing of when they will experience the benefits of inflation on the revenue side of their budgets and when they will experience it on the expense side. This is further compounded by the fact that SLGs also are flush from cash from an influx of hundreds of billions of dollars in federal funding from multiple COVID-19 stimulus bills, cash that must be spent within the next couple of fiscal years. This abundance of cash that SLGs possess will almost certainly lead to further political pressure to increase spending over the short term, which in and of itself poses a risk to their budgets.

However, nothing lasts forever.

In a couple of years, we believe state and local governments will experience a bit of a hangover once they have fully used their federal stimulus funding and tax collections start to underperform as higher interest rates and inflation continue to slow the economy. It will be at this time that wages for workers covered by CBAs will likely start rising as new labor contracts are entered into and the raises they include will compensate for past inflation. The cost of labor makes up roughly 44% of SLG budgets, according to the Center for Policy Priorities. When new CBAs are revised upward to factor in past inflation, SLG budgets simultaneously could take a significant hit as they start to experience weaker revenues because of a softening US economy.